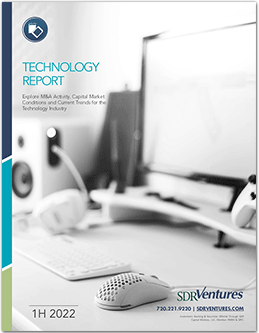 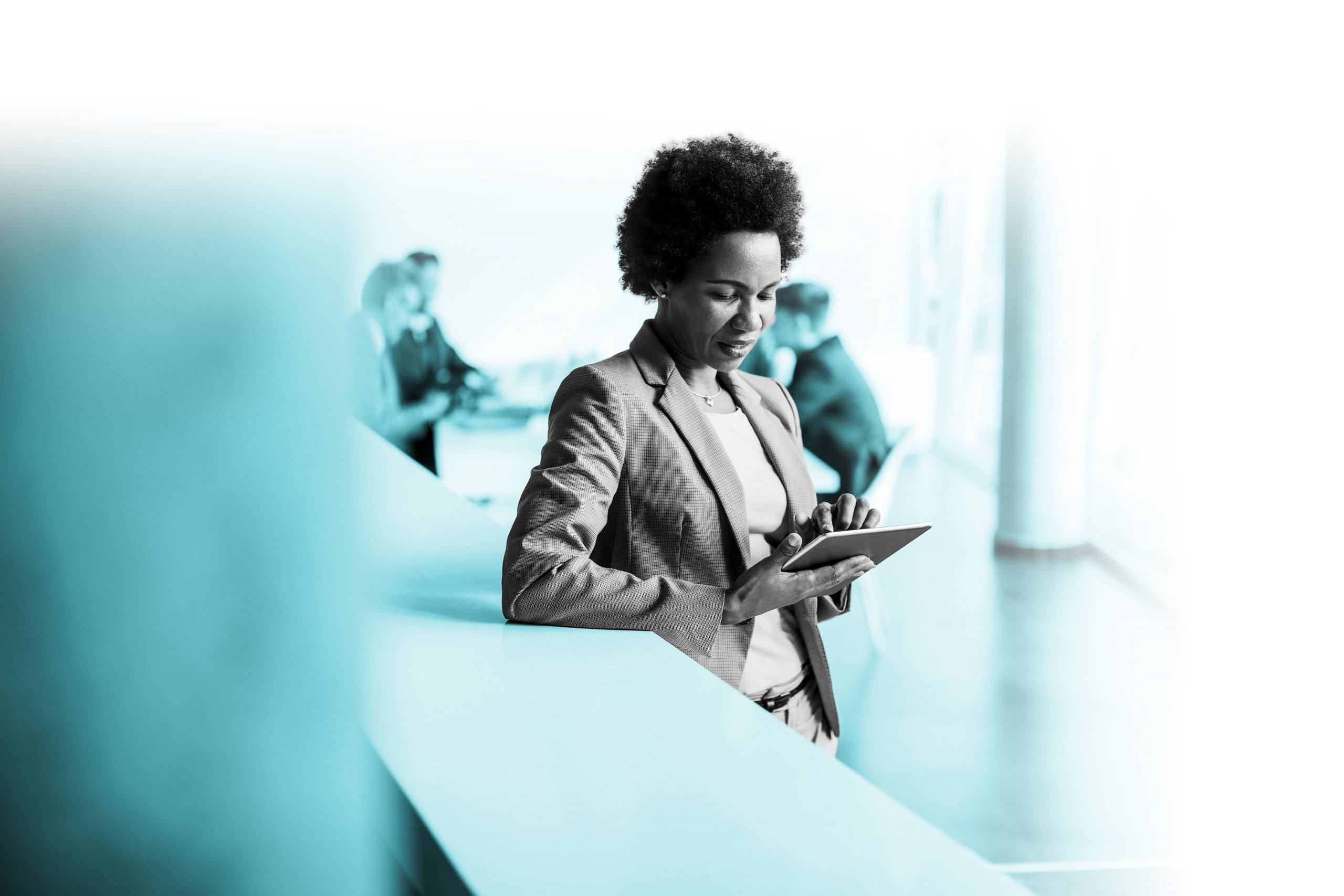 PROMISE IS ONE THING, PERFORMANCE ANOTHER

Anyone remember the dotcom bubble? Anyone? Anyone? Because we’re wondering if there’s something like that going on now. Maybe not that dramatic, but if you’re a tech company, the mantra is starting to sound like, “Show me the money.” For those who don’t recall, in the early days of the tech boom, the 1990s, people seemed to be buying up anything that ended in .com. Then, the emperor had no clothes. Investors decided companies not only had to scale they had to make money. The Dotcom Bubble followed years of heavy investment in tech, lots of venture capital flow, and ...

Remember the 1990s when the biggest headache on the web were popup ads? Today, pirates roam the internet snatching data and holding information and systems hostage, elevating the need for robust, sophisticated cybersecurity measures.

The World Economic Forum’s (WEF) latest Global Risk Report dedicates an entire section to data breaches and hacking and reports the issue has gone beyond financial losses to creating international political tensions. A trend toward remote working due to COVID, an increasing reliance on online systems, the rise of cryptocurrency, cloud services, 5G data transmission, digital supply chain management, and complete digitization of virtually every facet of our lives is making cybersecurity a critical need.

Cybersecurity, the report warns, is no longer optional, adding, “The impact of disruptive cyberattacks could be financially devastating for businesses that fail to invest in protections for their digital infrastructure.”

Global IT consulting giant Accenture in 2021 reported a 125% increase year-over-year in cybercrime and state-backed attacks with the United States representing more than a third of all targeted attacks globally. Nearly 40% of attacks represented “big game hunting,” ransomware attacks targeting organizations with recurring annual revenue over $1 billion… 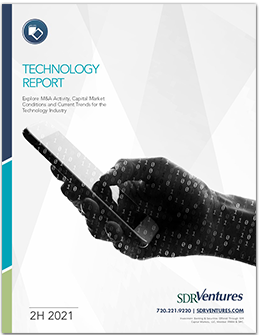 If it feels like Rockwell’s 1984 pop hit “(I Always Feel Like) Somebody’s Watching Me” applies to your own life, you’re not wrong. Facial recognition technology, data scoops, and digital recognition systems have been out there for years. A 2016 Georgetown Law report estimated 117 million Americans are logged in law enforcement facial recognition databases through largely unregulated practices. A 2021 government report found 42 federal agencies – including the Transportation Security Administration, U.S. Customs and Immigration, the Secret Service, U.S. Marshals, and the FBI – use facial recognition technology in response to everything from criminal investigations to incidents of civil unrest to COVID-19 threats.

Biometric information – your face, your eye movements, your voice, your movements … anything that makes you, you – can be processed through a variety of A.I. applications and algorithms for any number of uses, law enforcement, public safety, self-driving cars or the development of “stickier” advertisements.

Some companies scrape facial images from social media sites and provide that data to law enforcement agencies by subscription (hundreds of them), and there are sites that gather up images from across the web and allow anyone to access them (for a fee). Anyone can track anyone, cops, an abusive ex-partner, a potential employer, identity thieves, foreign entities. Images drawn from security cameras, social media sites, corporate sites, anywhere, can be paired with machine learning and artificial intelligence algorithms… 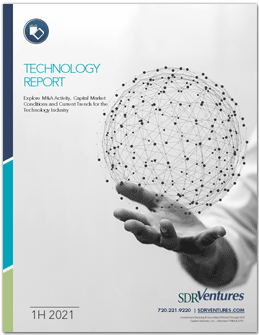 Tech led the S&P 500’s 16% rise in 2020 – during the COVID-19 pandemic, no less. FAANG stocks (Facebook, Amazon, Apple, Netflix, and Alphabet’s Google) were major drivers – making up about 20% of the index – proving tech’s resilience to many external factors. When the world locked down, Amazon broke out, fueled by demand for e-commerce delivery. Amazon stock was up about 73% for the year.

Add to that Tesla’s entry into the S&P, and the technology industry flexed its muscles in the markets.

As 2020 came to an end, we’ve been closely watching two emerging factors in the technology industry, the rise of SPACs and the risk of more federal regulation. Both hold the potential to impact future mergers and acquisitions in the space.

In a bit of a surprise, as 2020 became the year of the stay-at-home and work-from-home orders, streaming platforms boomed. Streaming service platforms – video and music – were valued at $26 billion in 2019 but are expected to hit $47 billion by 2027. In addition to stalwarts Amazon Prime, Hulu, Netflix, and others, 2020 saw the arrival of HBO Max, NBC’s Peacock, and Discovery+, along with the 2019 entry of Disney+, all of which vied for eyeballs while we were locked at home.

Businesses and schools also leaned into tech during the pandemic. Zoom burst into public consciousness with video meetings popular for remote learning, friendly online “happy hours,” and corporate conference calls. The service reported a spike in daily users from 10 million in December 2019 to 200 million just four months later as the reality of the pandemic set in. By May, Zoom made its first-ever acquisition, snapping up security startup Keybase to combat security questions. And by June there was speculation over who would try to acquire Zoom… 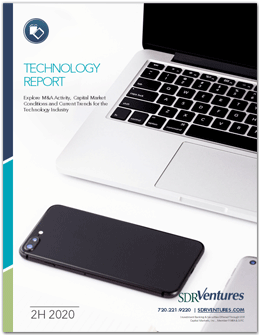 If there’s a sector at the center of our new COVID-19 reality, it’s technology. Social distancing and lockdowns met online payments, video conferencing, working from home, and distance learning. From end to end, technology is the new office furniture and schoolhouse. And while necessity forces innovation today, the pandemic is perhaps changing how we will conduct our daily lives even after the world returns to whatever becomes normal.

Venture capital and M&A activity may have slowed across some sectors during this economic disruption, but we continued to see deals done in the tech sector at volumes consistent with before the pandemic. And moving forward, we expect even investors who may have steered away from what could have been perceived as mature verticals to show renewed interest as we uncover new consumer demands creating perhaps some unanticipated opportunities.

One key sector we believe may benefit is financial technology (fintech). The pandemic has accelerated demand for fintech across virtually every platform. Online payments, financial advising, insurance, and banking will see new pressures to advance and improve. Consumers who become used to e-commerce today may never return to brick and mortar retail and merchants are turning to B2B online platforms for procurement… 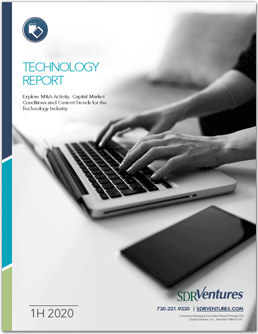 When thinking about technology and business opportunities in the tech sector, it’s easy to imagine the next breakout from Silicon Valley or to picture Bill Hewlett and David Packard tinkering in their professor’s garage. But in reality, tech today impacts everyday life – and presents opportunities for business growth and innovation – all around us in the cities where we live and commute.

Increasingly overwhelmed cities, states and countries, mired in traffic congestion, are turning to technology. The booming field of Intelligent Transportation Systems (also called Intelligent Traffic Systems), is key to improving the efficient movement of people and goods around the world.

The ITS sector touches everything drivers depend on as they navigate increasingly crowded roads. Think about the systems that coordinate traffic signals to combat backups and stop-and-go driving. Consider road sensors that gauge and report traffic speeds and identify congestion in real time. Traffic cameras alert emergency services to accidents while sonic sensors change traffic signals to allow rescue vehicles to speed to the scene. Look at Variable Message Signage (VMS) that warns of traffic hazards or guides motorists out of evacuation areas. ITS identifies malfunctioning traffic signals automatically, resets out-of-sync intersections, and has revolutionized toll road management. As technology evolves, traffic engineers can ping individual cell phones inside cars and use artificial intelligence to adjust signal timing for driver behaviors and react to emerging traffic patterns… 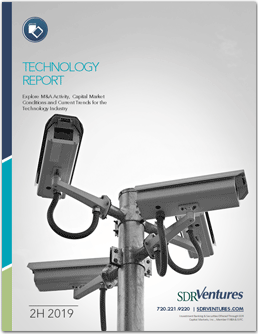 In this edition of SDR’s Technology report, we interviewed the Co-Founder and Managing Partner of NuView Analytics (and former investment banker), Anthony Wong. At NuView, Anthony and his team leverage the latest technology tools to help middle-market companies create actionable insights from their data. SDR has partnered with NuView to enhance the marketing of its clients to investors in cases where the client has significant untapped data that can demonstrate key attributes, such as market penetration, performance during business cycles, reoccurring revenue patterns, etc.


Q: How are you most often seeing smart middle-market companies leverage their data to increase Enterprise Value in the eyes of potential investors/acquirers?


A: Where we see companies find the most success in creating tangible enterprise value is by leveraging their data to create efficiencies in their operations that result in increased EBITDA (i.e. decreasing costs or increasing productivity). Of course, smart middle-market companies have access to timely insights beyond their monthly financial results that allow them to identify the inefficiencies in their businesses.

We usually see the marketing and sales departments rise to the top of the list due to the large amounts of data those departments collect. Whether it’s identifying marketing channels that contribute to low conversion rates or cultivating actionable leads that are most likely to close for sales, many data-driven insights can create real leverage points for sales and marketing. For technology and software companies where retention is a key driver of enterprise value, we find the most impactful data solutions are customer churn models that utilize historical data from customers’ tenure to predict future churn for cohorts. 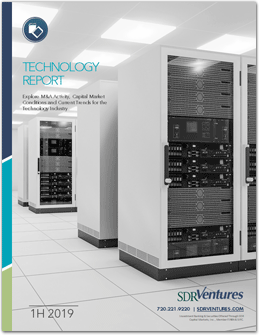